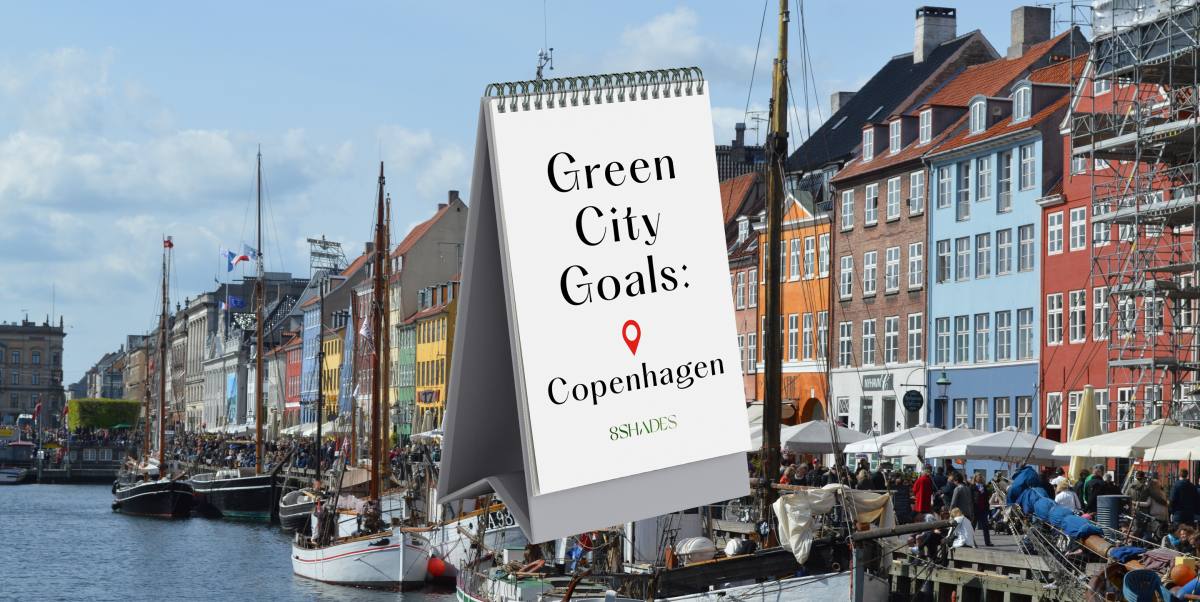 What do you think is the greenest city on Earth? The answer might surprise you, but experts and the C40 Cities Climate Leadership Group agree that Copenhagen currently owns this title. That’s no mean feat for this Scandinavian city, which that has transformed itself from being Denmark’s traditional hub of maritime trade to the world’s leading model of urban sustainability.

But this change didn’t come about overnight. In fact, Copenhagen used to be just like any other city – polluted and fully dependent on fossil fuels. But when the 1973 Oil Crisis happened, its leaders sought to change the city’s environmental policies.

What happened next was a total transformation, turning Copenhagen into a sustainable city that decreased its water and energy consumption without sacrificing economic growth. As a result, Copenhagen has become the holy grail for urban planners and policy makers – proof that a vibrant green economy is possible and sustainable.

For the latest in our ‘Green City Goals’ series, let’s take a look at eight initiatives Copenhagen has undertaken to become the world’s greenest city.

See also: 10 Most Eco-Friendly Cities in the World

Another misconception to clear up: while the Netherlands is the country with the most cyclists per capita, the city with the greatest number of cyclists is Copenhagen! 62 percent of Copenhageners commute to work or school using the 675,000 bicycles in the city. By 2050, it is estimated that half of all journeys across Copenhagen will be made on a bike.

While Copenhagen does view electric vehicles as another viable solution for transportation, the government has chosen to focus on bicycles by prioritising funding of the city’s cycling infrastructure.

That doesn’t mean that they’ve totally forgotten about cars though! In fact, Copenhagen is heavily investing in electric and hydrogen-powered cars too, with the local government aiming for 85 percent of the city’s fleet to comprise of these green vehicles.

It’s not the government alone that’s enamoured with EVs; residents have been making the change as well, with sales of EVs doubling in 2020 alone. To further encourage ownership of EVs or hybrids, the city is aiming that by 2025, a charging point will be available no more than 250m away from any multistorey building, guaranteeing charging accessibility throughout Copenhagen.

With its green credentials, it’s no surprise that Copenhagen is a leading proponent of renewable energy. With the city mainly powered by wind and solar energy, its goal of becoming carbon neutral by 2025 is firmly on track.

But the city also generates power from another renewable source – biomass. The city uses discarded wood, straw and refuse, along with human and animal waste to produce heat, electricity and biofuel.  As an example, Copenhagen’s CopenHill power plant turns waste to energy, generating up to 57MW of electricity and 190MW of heat for tens of thousands of homes and businesses.

In addition to being one of the symbols of Copenhagen’s green initiatives, CopenHill is also notable for another thing – it’s an activity destination for adrenaline junkies, with a year-round artificial ski slope, hiking slope and climbing wall. This outside-the-box thinking proves that public infrastructure need not be only for a single purpose; a little daring and imagination can change the landscape and add to the city’s urban design.

And if those weren’t enough accolades for CopenHill, its cutting-edge filtration technology means that it produces more clean water than it uses!

Copenhagen has also invested in the efficient distribution of energy throughout its network – meaning that heat, which is otherwise dissipated when generating electricity, is captured and re-used through redistribution. Meanwhile, chilled water is partly cooled through the use of cold seawater, reducing demand on the electricity grid.

But what truly sets Copenhagen apart is its use of data, thanks to the city’s extensive and sophisticated network of sensors that monitor energy and water consumption. This means more resources can be allocated towards generation when necessary and adjusted to minimise waste, reducing carbon emissions.

The use of water is another particular focus. Acoustic leak sensors, intelligent valves and pumps, smart water meters and software modelling have all been implemented to create an efficient water management system.

As part of its mission to be a carbon neutral city, Copenhagen has taken a leading position in circular economics too. It has mounted an aggressive campaign for residents to separate their rubbish, as well as recycle and reuse products – which the city hopes will lead to a reduction of 59,000 tonnes of CO2 annually.

What’s even more interesting is the way Copenhagen manages waste; it is pilot-testing a robotics-based facility to sort plastic. The city also currently uses waste trucks that run on biogas, but these will soon be replaced with autonomous vehicles and small EVs – reducing noise and carbon emissions.

THE OVAL GARDENS OF COPENHAGEN

“Urban garden” has become a trendy phrase in this age of sustainability – and whether its vertical farming, rooftop gardens or hydroponic systems, every city seems to have some kind of urban garden in their green strategy. But Copenhagen has another type of garden in its arsenal – one that dates back to 1948.

In the suburban district of Naerum, you’ll find 40 plots of land designed by famed landscape artist Søren Carl Theodor Marius Sørensen. Known as one of the world’s most visually appealing allotment gardens, these ‘Oval Gardens’ are meant to not only add to the overall aesthetic of the district, but also to impress upon owners the importance of nature and greenery. 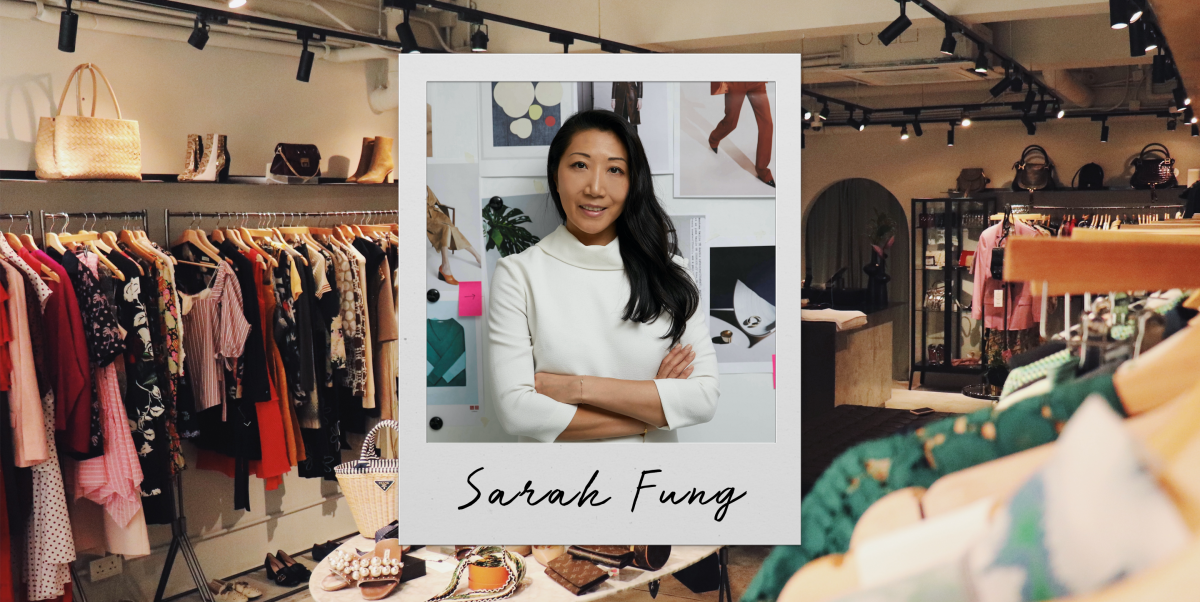 8Shades Of… Sarah Fung of HULA

For our latest edition of ‘8Shades Of’, we’re talking to Sarah Fung, founder of pre-loved luxury fashion mecca HULA.

8 of the Best Clean After-Sun Products 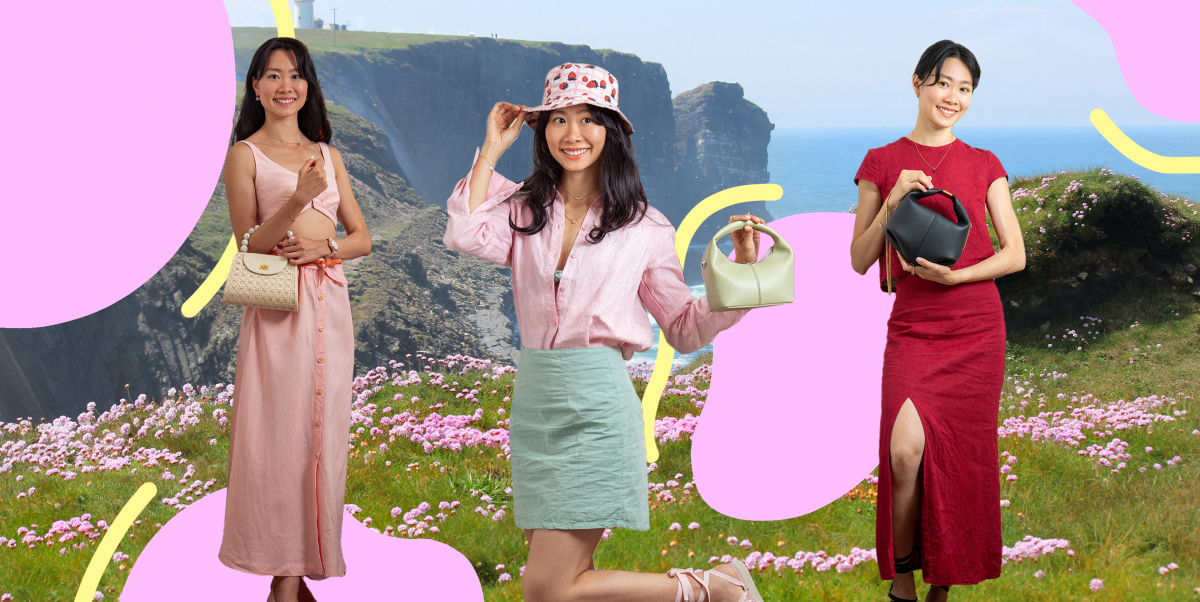 3 Sustainable Skirts to Stay Cool In

Want to stay cool while the temperatures soar? Wear a skirt! Here are three of our favourite sustainable picks, all made from natural fabrics.