8Shades Of… Anne-Claire Béraud of Phenix by OnTheList

With Hong Kong’s landfills overflowing, the old saying “waste not, want not” has never felt more relevant – and that’s exactly the spirit behind Phenix by OnTheList, an innovative food rescue app that aims to end food waste in the city.

Over 3,000 tonnes of food waste are thrown away daily in Hong Kong; Phenix hopes to significantly reduce this figure by giving customers the chance to “rescue” unwanted food from local eateries. Venues simply create delicious baskets of their unsold food each day, which customers can then purchase through the app at a discounted price.

For our latest edition of ‘8Shades Of’, we spoke to Anne-Claire Béraud, Phenix by OnTheList’s Country Manager, to find out her fave veggie dishes, best eco habits and how to tackle food waste here in Hong Kong.

1. In one sentence, tell us what you do?

I am a green enthusiast who oversees operations for the food recuse app Phenix in Hong Kong, while also liaising with the company’s headquarters in France. Phenix was first launched in France in 2014 and now runs in six countries.

I grew up in a family of four kids and my parents had strong values about inequalities in the world; food waste was always an important topic to us, and I went on to participate in a humanitarian project in Senegal.

I also started cooking in my free time and over the years, I found ways to reuse products that were getting close to the end of their shelf life – the objective being to never have to throw away any food. That was my way of being creative!

3. What’s your best eco habit – and your guilty not-so green one?

I arrived in Hong Kong six years ago after spending time in France and Belgium and was initially quite surprised by the lack of recycling options here. The recycling scene has started to improve – I heard about the Green@Community recycling stations around a year ago, and now sort all my discarded cartons, cans, glass bottles and plastics to take there on a weekly basis.

I admit that I still buy coffee capsules, which aren’t the best eco option, but I do bring them back in-store for recycling.

I love Coconut Matter and Lamazuna products; my next personal challenge is to make my own soap and shampoo at home!

I’m a big fan of our Phenix partners, Root Vegan – their tofu dan dan noodles are one-of-a-kind! I also like Fete Up’s vegan meal box and 404 Plant’s vegan bagels. I love visiting Treehouse to grab a quick breakfast on my way to the office; my go-to is their sourdough flatbread wrap topped with grilled cauliflower and vegan cheese.

6. Phenix originally started in France; what are some of the biggest differences in terms of food waste between there and here?

In France, we’ve been talking about food waste for a long time and around eight years ago, national laws were introduced to combat food waste. The number of donations from supermarkets and the agri-food industry increased significantly, which was a big step in reducing the country’s food waste. During the same period, Phenix also started its operations to build solutions tackling food waste.

Hong Kong has now started taking action by passing a waste charging scheme, which should come into effect in a year’s time. However, I still believe that more can be done to combat food waste here, especially since the F&B industry generates much of it.

That’s why Phenix plays a major role in connecting food merchants to consumers in Hong Kong, so that no unsold food ever goes to waste; so far, we’ve saved eight tonnes of waste since our launch a year ago! Education plays a large part in both changing consumer behaviour and encouraging businesses to operate more responsibly.

7. What is something about food waste that people in Hong Kong should be more aware of?

Education really is the key – I believe there’s a lack of communication regarding what food is still good to consume. It’s important to know the difference between “use by” and “best before” dates; while it’s not safe to consume food after its “use by” date, food past its “best before” date will only be affected in terms of quality, meaning it’s still in good condition for consumption.

“Ugly” fruits and vegetables are also a large source of food waste, even though there are so many ways to upcycle them and make mouth-watering dishes!

Globally, one third of food produced goes to waste annually. It’s heart-breaking to see our resources being produced for nothing, while also emitting CO2 that leads to global warming. We all have the responsibility to understand the impacts we create from our daily actions.

8. What shade of green are you and why?

The yellowish-green of Iceland’s landscapes, which contrasts against its black volcanic rocks – representing my best travel memories, being totally immersed in nature!

NEXT: See all ‘8Shades Of‘ interviews 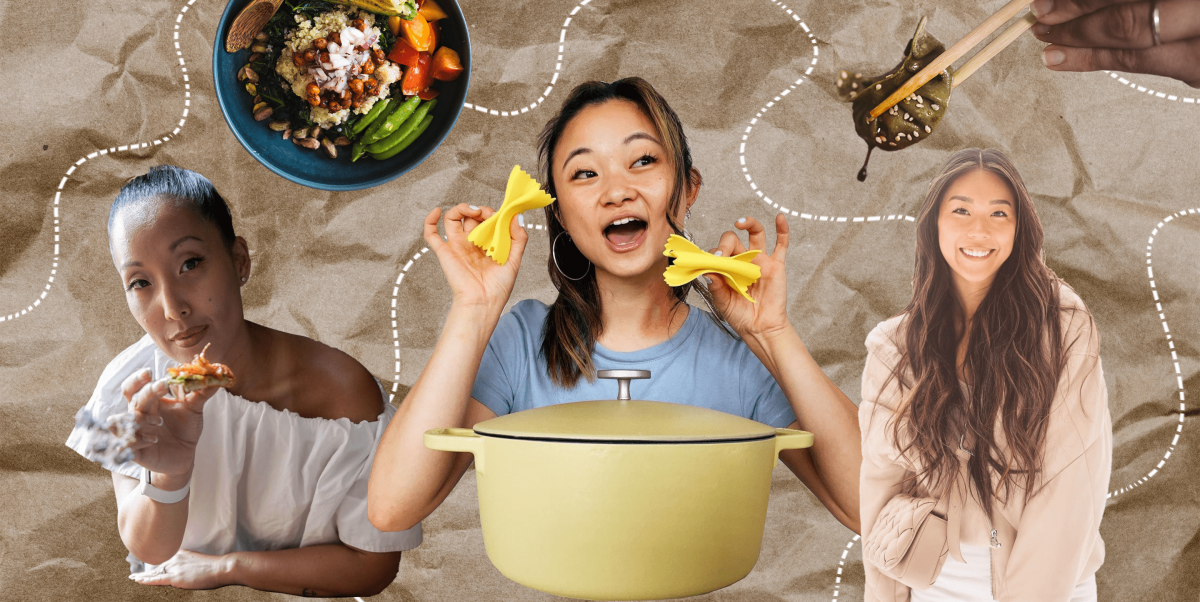 Looking for some vegan food inspiration? Here are eight plant-based foodie accounts on Instagram to get some ideas for your next lockdown meal! 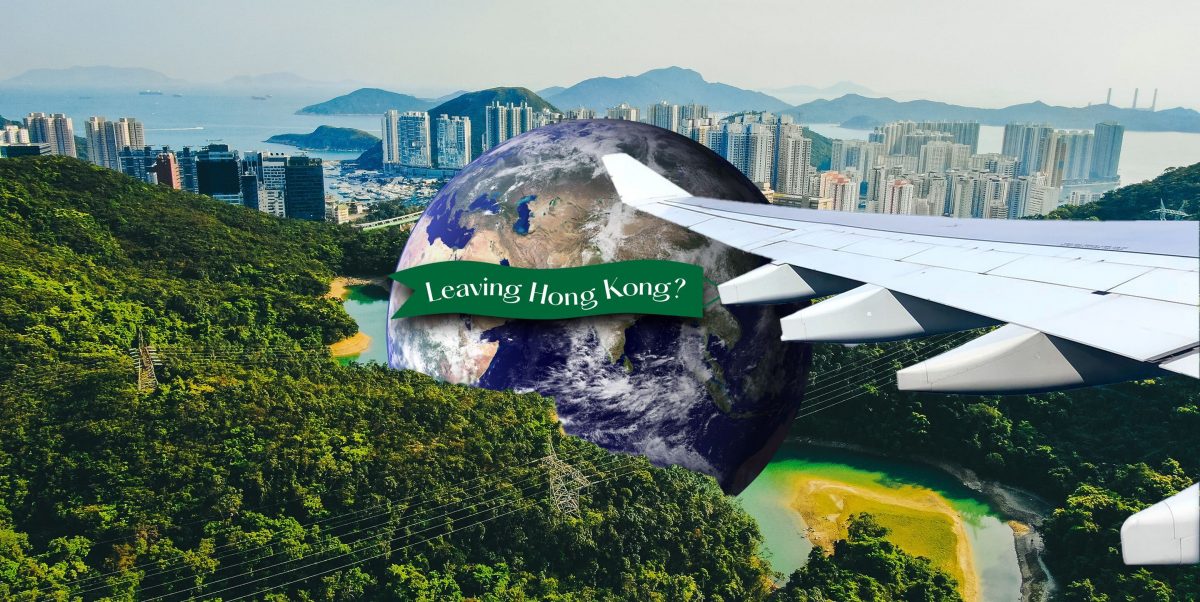 Relocating Out Of Hong Kong? 8 Tips On How To Make it Eco-friendly

Moving house or relocating out of Hong Kong? Here are eight simple tips on how to make your move a more sustainable one. 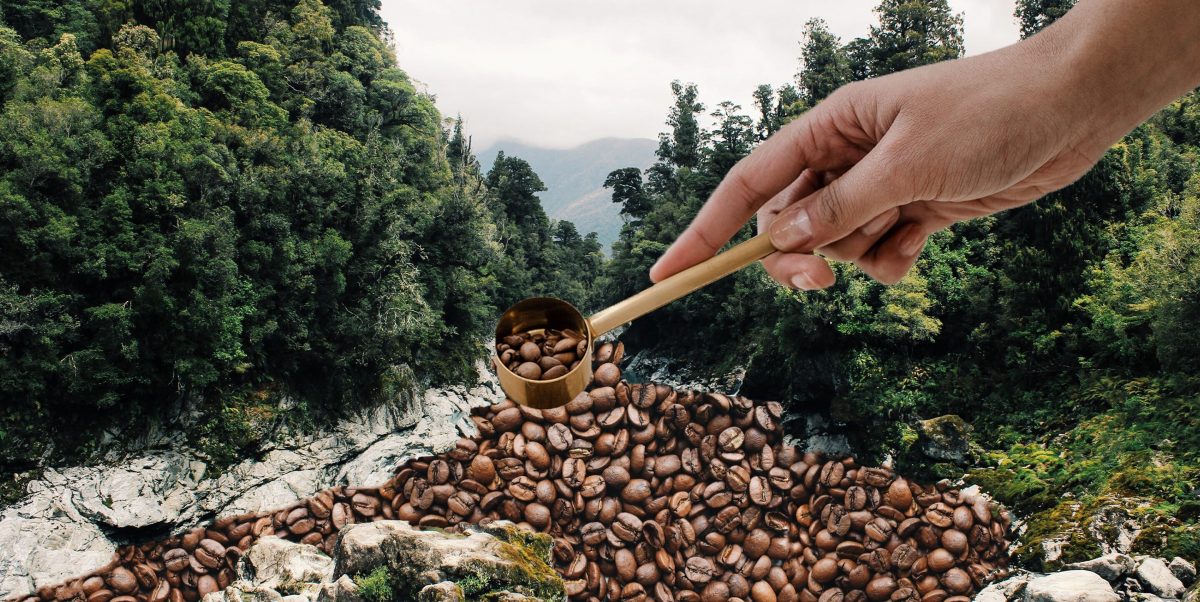