With the recent spate of record-breaking heatwaves in Europe and hot weather warnings in Hong Kong, climate change has been in the news even more than usual lately.

Talks about climate change can be overwhelming and anxiety-inducing, so addressing the issue in movies can help reach a broader public and raise awareness among people that might otherwise not be interested in learning about this crucial topic.

From older documentaries to the latest blockbusters, here is a list of the best climate change movies to watch this year.

First on our list of the best climate change movies is Don’t Look Up starring Leonardo DiCarpio. The record-breaking Netflix film tells the story of a science professor and his younger student discovering a fast-approaching comet that is set to reach the Earth and will likely destroy it. Together, they need to convince the government as well as the public of the existential threat and the catastrophic consequences it may have on humanity. However, the task is more difficult than they think when no one takes them seriously.

The team struggles to break through the craziness of social networks, political inaction, and lack of media attention. Indeed, the comet approaching the planet is an ambivalent metaphor for climate change and its disastrous effects. The film also serves as a reminder that politicians are clearly not doing enough and if they don’t act quickly, it will be too late to save our planet.

Despite being released 25 years ago, the Japanese movie Princess Mononoke remains one of the most beloved and relevant movies about climate change. On a journey to find the cure for a demonic curse, the protagonist Ashitaka finds himself in the middle of a war between the forest gods and Tatara, a mining colony.

This hard-hitting political anime depicts the consequences of destroying nature and humanity’s inability to live in harmony, sending a strong message that, sadly, is still very much relevant today.

Next on our list is a remake of the 1951 classic science-fiction film about a human-like alien visitor and his giant robot counterpart who land on Earth. The alien identifies himself as Klaatu and says he has come to save the planet. Despite seeing him as a threat, Dr Helen Benson, who was summoned to a US military facility, decides to facilitate his escape. However, she learns that he intends to eradicate humans from Earth. Why? Because of human activities and climate change.

In the 21st-century version, humans are destroying the Earth’s environment, and the aliens have come to save the planet and its species, with the exception of humankind. The movie does a great job at shedding light on the damage humanity has done and continues to do, while delivering an urgent warning of what the future holds for us.

One of the best climate change movies is Before the Flood, a collaboration between actor and Earth Alliance co-founder Leonardo DiCaprio and National Geographic. Taking viewers around the world, the documentary features poignant accounts of how different stakeholders are affected by climate change through deforestation, rising sea levels and other human activities.

The documentary calls for world leaders to fight for a more sustainable future and arms viewers with solutions they can implement into their lives, from reducing meat consumption to voting for leaders who will initiate positive environmental change.

Next up is a documentary narrated and executive produced by Academy Award-winning actress Kate Winslet. This enlightening movie explores how the global food industry is hastening climate change through a host of unsustainable practices.

Through undercover footage and the testimony of indigenous peoples, Eating Our Way to Extinction will undoubtedly change your perception of food and help you understand how the modern industry is compromising food security.

If you’re looking for something less grim, 2040 is a refreshingly optimistic pick. Rather than focusing on the urgency of problems, this solution-oriented documentary depicts the story of an Australian dad who imagines what life could be like for his four-year-old daughter in the future.

Much of the film is dedicated to highlighting the technological breakthroughs and creative alternatives to tackle the challenges of climate change – from renewable energy like rooftop solar to regenerative agricultural practices and the versatile use of seaweed to fight the looming issue of food insecurity.

See also: 8 Books About Climate Change and Sustainability to Read in 2022

Narrating the story from the perspective of those directly involved and affected by the fires as well as activists and scientists, the documentary exposes the Australian government’s inaction and the irreversible damage that these catastrophic events left behind, shining a light on the global issue of climate change.

This 2004 masterpiece by Roland Emmerich tells the story of climatologist Jack Hall, whose research highlighted the possibility of a superstorm developing and setting off catastrophic natural disasters across the world. Similarly to how DiCaprio’s character is treated in Don’t Look Up, Hall is faced with judgment as UN officials and world leaders ignore his warnings of a looming tragedy.

The Day After Tomorrow depicts a catastrophic climate event that is not as far from reality as we might think. In the movie, the Atlantic Ocean grinds to a halt, throwing the Earth into an ice age. As evidence of the ocean’s water-circulation system weakening increases, we cannot exclude that something similar might actually happen in the future.

An Inconvenient Truth is one of the seminal and best environmental films ever made. The film recounts former US Vice President Al Gore’s campaign in 2000 to educate people about global warming, making the documentary stand out in its experimental narration. This lecture-like presentation on climate change, Gore claims, has been delivered to worldwide audiences more than 1,000 times.

Apart from detailed graphs, flow charts and visuals, the slide show also collates personal anecdotes such as Gore’s college education with an early climate expert. The film concludes with Gore stressing how “each one of us is a cause of global warming, but [….] the solutions are in our hands.”

In what David Attenborough calls his “witness statement” for the environment, A Life on Our Planet guides viewers through the naturalist’s 60-year career and demonstrates the devastating changes our planet has experienced in his lifetime. Originally released on Netflix in 2020, the 85-minute documentary presents some pretty grim predictions for the future should humanity continue on its current path, including a sixth mass extinction and a 4°C global temperature rise that will render large parts of the Earth uninhabitable.

Atypical of his usual nature documentaries, Attenborough takes a more critical tone in Our Planet, condemning humans’ treatment of the natural world – which makes his message of hope all the more effective, as he discusses solutions for combating the climate crisis at the conclusion of the film.

See also: David Attenborough: A Life on Our Planet’ Review 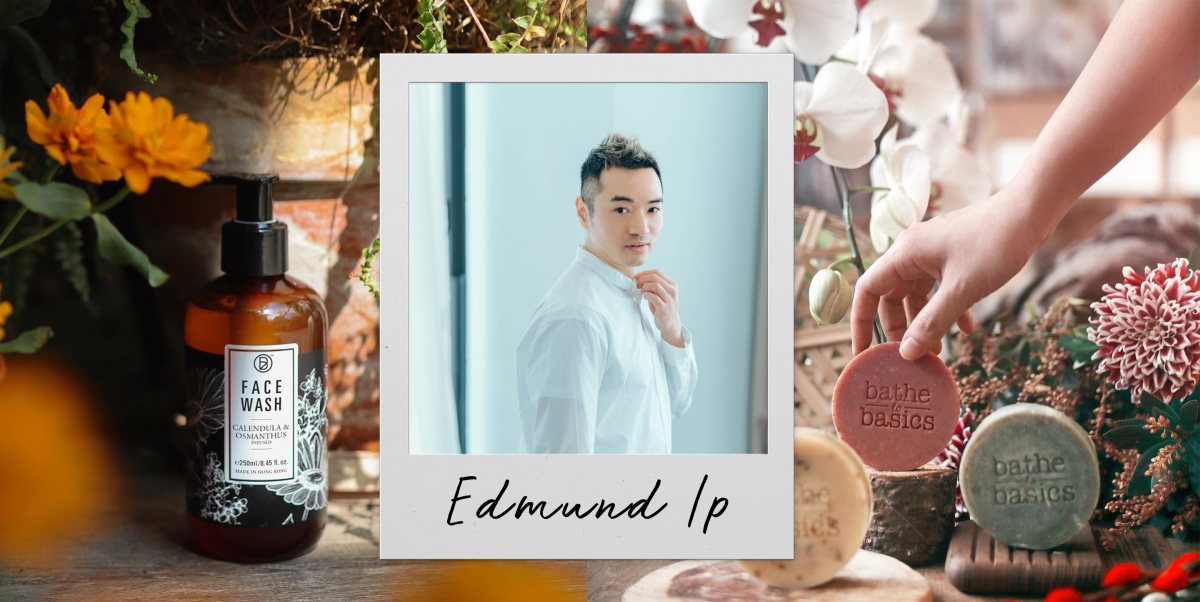 8Shades Of… Edmund Ip of Bathe to Basics

This week, we’re talking to one of the OGs of Hong Kong’s green beauty scene – Edmund Ip, co-founder of all-natural beauty brand Bathe to Basics.

Sunglasses are a summer wardrobe essential – but they’re often made from non-biodegradable acrylic. See our picks for the coolest eco-friendly shades instead! 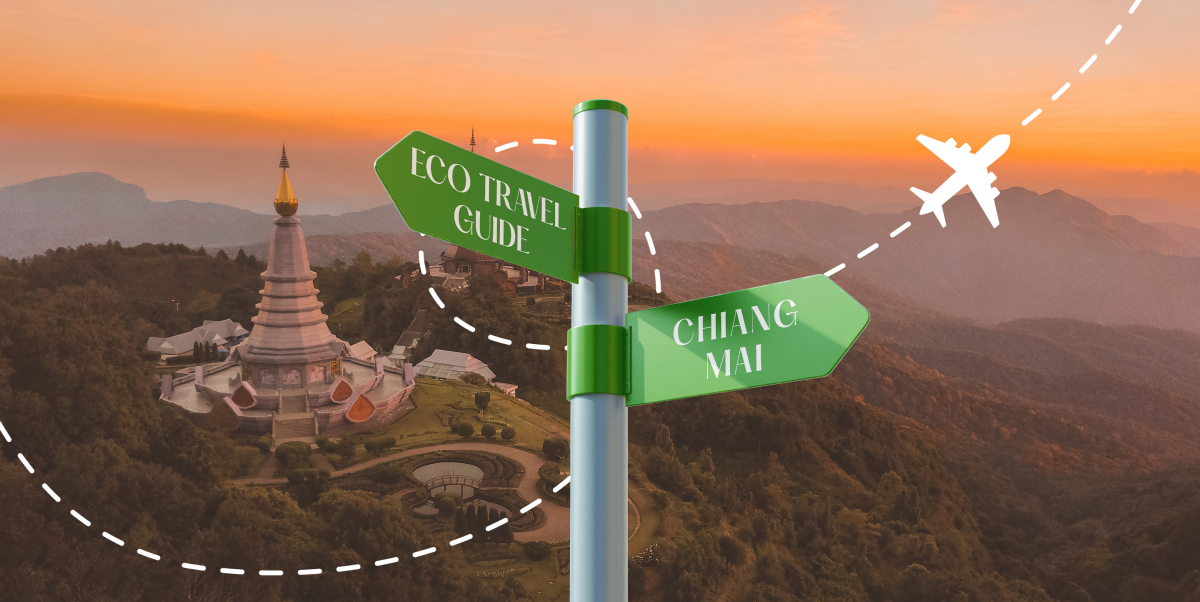