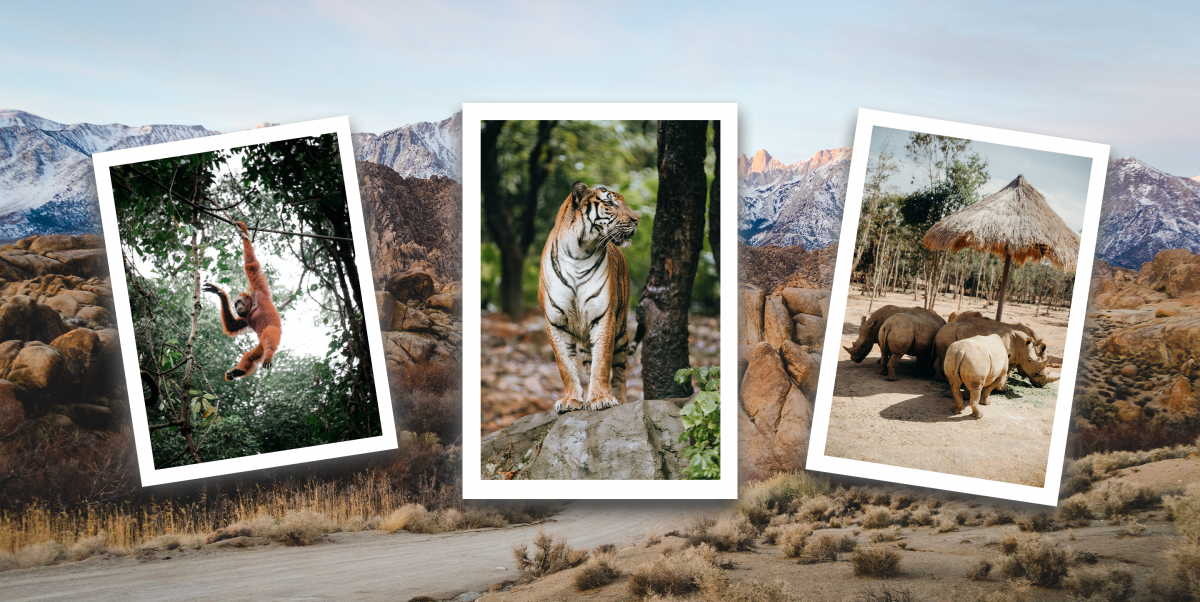 10 Most Endangered Species in the World

Humans have really done a number on Mother Nature. The level of destruction we’ve caused – from climate change to altering our planet’s biodiversity – is astonishing, but the detrimental consequence of unrestricted human activities that’s forcing hundreds of species into extinction is just downright devastating.

Humans have been the undisputed apex predators in the last 500 years, bringing over 800 species to extinction. And with our continuous destruction of both flora and fauna, what should have taken thousands of years to be extinct is now being counted in decades.

Here’s a list of some of the 10 most endangered species if we don’t make drastic changes to the way we are treating them.

These majestic megafaunas are one of the most poached animals in the world with their horns used widely in traditional Chinese medicine or displayed as a symbol of wealth. The black-market rate for a Javan rhino horn? It starts at US$30,000 per kilo! Currently, there are reportedly only 67 of them left, confined in a conservation park in Java. But spare a thought on this entire species: its cousins – the black and Sumatran rhinos – are also in theInternational Union for Conservation of Nature (IUCN) Red list as “critically endangered,” which is just a step before extinction.

Living in a small patch of the Gulf of California, this porpoise or literally “little cow” is the smallest and most endangered Cetacean. It’s been on the IUCN’s Red List since 1996 and has been listed as “critically endangered.” And with just about nine of them left, it might only be a matter of time till they’re permanently gone.

Ironically, their decline is primarily due to the illegal fishing of the totoaba, which is prized for its swim bladder and another endangered species. The vaquita usually gets entangled in the gillnets set for the totoaba and drown because they cannot swim to the surface for air.

One might say that these big cats aren’t really endangered given that we see them in zoos or in popular media. But the fact of the matter is, with only 3,500 remaining, they are close to extinction. Its various subspecies – the Bengal, Indochinese and Siberian are considered “threated species” in the IUCN Red List, while the Malayan and Sumatran species are worst at “critically endangered.” Despite increased conservation and law enforcement efforts, the trade for tiger parts remains unabated in Asia.

While African elephants are thriving, the same couldn’t be said for their Asian cousins which are regarded as in a vulnerable state. Over three generations, its population declined by as much as 50% to its current level of 20,000 to 40,000 – and continuing to decline. Two of the greatest threats to these massive land mammals are encroachment to their habitat and killing for their prized ivory tusks.

Orangutans – both the Bornean and Sumatran – have been the primary victims of unfettered deforestation of their habitat. They are found in tropical rain forests, particularly low land forests, which are a prime source for palm oil: a key ingredient in food and cosmetic products. It’s this insatiable need for palm oil that has contributed to the sharp population decline of these woolly primates. From over 230,000 a century ago, there are now only about 104,700 Bornean orangutan and 7,500 Sumatrans.

The Soala is probably the rarest mammal on Earth and the least known on this list, having been just discovered in 1992. If you’re extremely lucky, you may spot one in the Annamite Mountains in Laos and Vietnam. It resembles an antelope owing to its long, curved horns and white markings, but is closely related to buffaloes and wild cattle. They’re so rare that there’s not an accurate number of how many there really are, but the IUCN estimates it to be less than 750.

One of the saltwater fish rapidly approaching extinction is the Bluefin tuna. Over the past 40 years, its various species have experienced swift population decline due to increased demand in high-end sushi markets. The Atlantic Bluefin’s population declined by 51% placing it in the “endangered” list, while the Southern Bluefin decreased by 85% and is now “critically endangered”. The Pacific Bluefin isn’t there yet but is expected to be “endangered” if overfishing is not reversed.

While leatherbacks may be the least threatened among the different sea turtle species, that’s no reason for us to ignore it. After all, it is still listed as “vulnerable” in the IUCN Red List. These ancient animals trace their origins when dinosaurs roamed the Earth and have been hunted for their meat, shell, and eggs. There’s an estimated 20,000 to 30,000 nesting leatherback females, but only 2,300 remain in the Pacific, making this subgroup the most endangered marine turtle population.

Another Cetacea, these aquatic mammals are part of the species of dolphins that can transition between saltwater and freshwater. They don’t look like the traditional dolphin with a beak and streamlined head, rather, they have a blunt snout and a rounded and high forehead. As its name suggests, it lives in the Irrawaddy River but is also found in the Ganges and Mekong rivers. It’s estimated that only 92 of them exists with drowning in gillnets pointed out as the main culprit for their deaths.

As of last estimate, there are roughly 5,000 of these cats living in the rugged, mountainous regions of Central and South Asia, which makes it hard for scientists and conservationists to get an accurate count. These carnivores are renowned for their fur, which makes them attractive to poachers, while their bones are also used in traditional Asian medicines. Also contributing threats to snow leopards are the increasing incursion to their habitats and competition to wild prey such as livestock and sheep.

Although it may seem like there’s not much we can do to help the endangered animals, the opposite is true! For starters, you can start avoiding products that contain palm oil to help protect the rainforests, cut down on factory-farmed meat and dairy to curb greenhouse gases and look for sustainable brands when you shop.

You can also volunteer with your local wildlife conservation organisations or support global ones such as the World Wildlife Fund (WWF) and theInternational Union for Conservation of Nature (IUCN). Let’s all do our part to ensure that these animals will be around for years to come.

See also: 10 Most Eco-friendly Cities in the World

8 Vegan-Friendly Champagnes To Ring in the New Year

Did you know that some champagnes are not exactly vegan? Toast to the new year with our list of eight vegan-friendly bottles of bubbly. 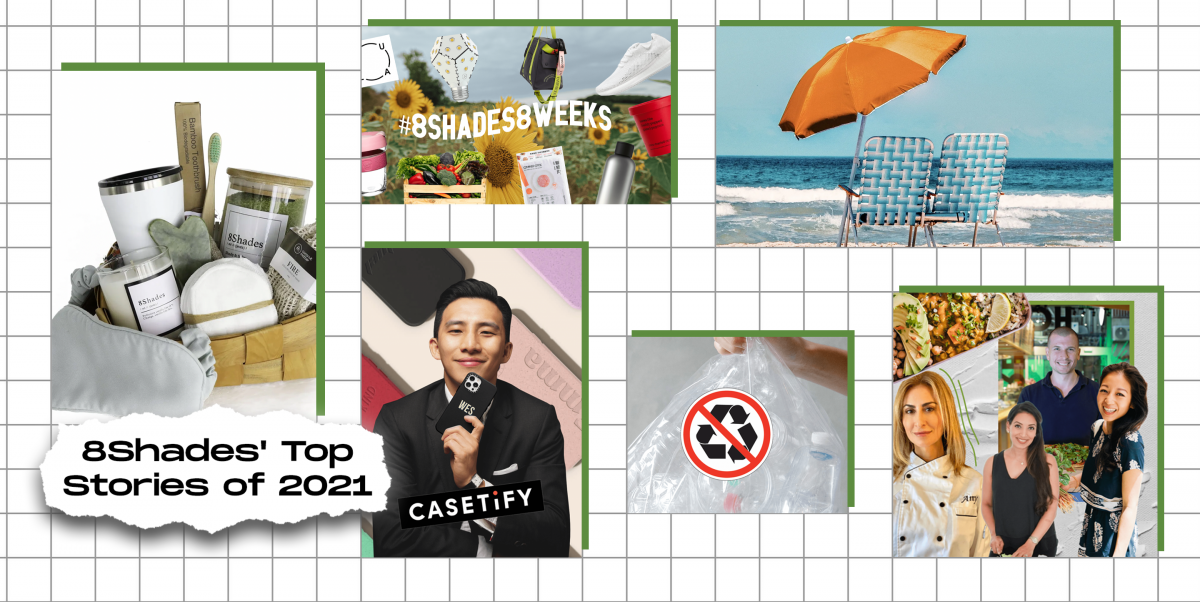 As 2021 comes to a close, let’s take a look back at our top stories of the year! 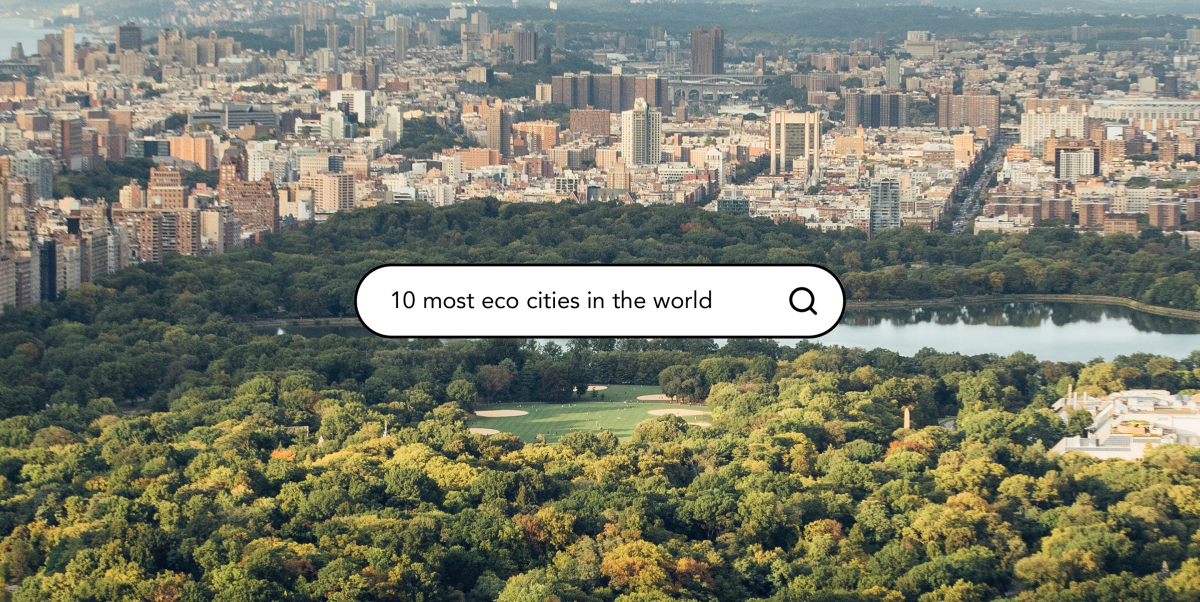 10 Most Eco-friendly Cities in the World

While no city is perfect, these 10 eco-friendly cities show what can be achieved by implementing innovative ‘green’ ideas with the community.