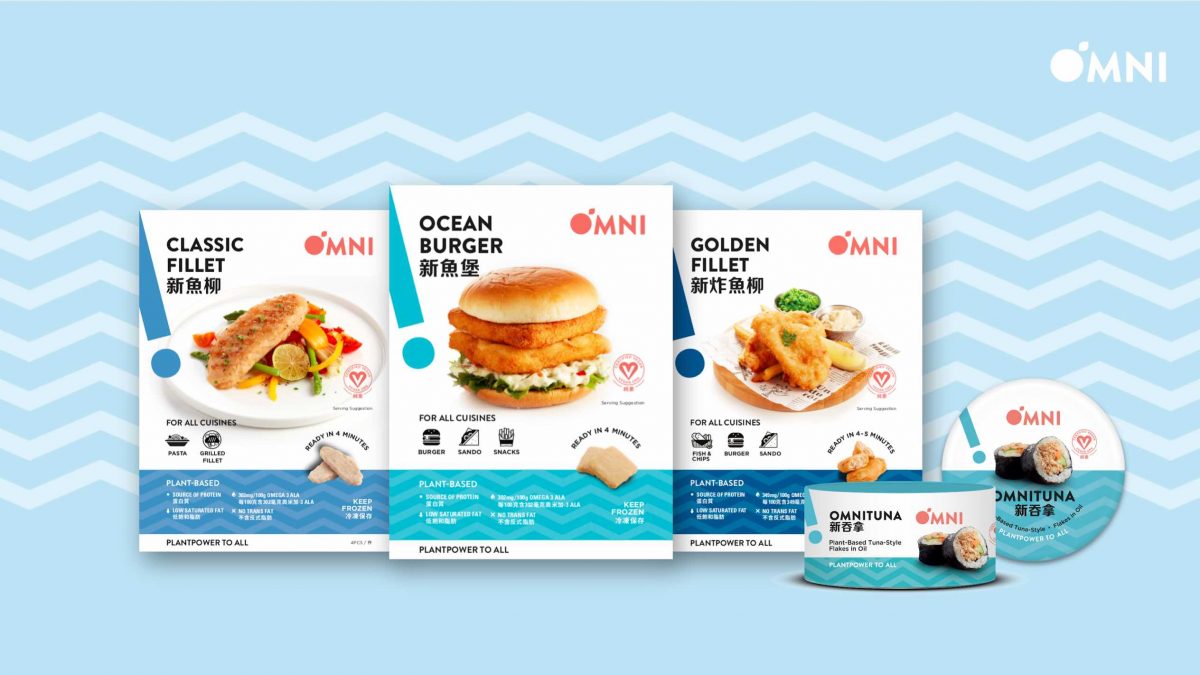 8Shades was lucky enough to be invited to be part of the worldwide launch for OmniFood. After Green Monday successfully launched their OmniPork Series, they are making another huge wave of innovation and yet again, disrupting the plant-based industry.

We’ve all been anticipating what their next new innovation would be and the wait is finally over. OmniFood will be making a huge splash this summer by launching a full range of plant-based ‘fish’ which will include:

The timing could not have been better with the recent talk of the town – that Netflix documentary, Seaspiracy. No worries if you haven’t seen it yet, check out our “Green Tomatoes” movie review by Rotten Tomatoes’ co-founder, Patrick Lee.

A steep trajectory of global population growth comes with a growing demand for food. With seafood currently making up around 17% of protein consumed globally and 73% being from Asia, we now know the price we will pay for maintaining this habit if we don’t do something about it.

Plant-based food, especially like the newly launched OmniSeafood line, will not only help alleviate the pressure from our oceans. It also gives our underwater ecosystem time to restore and recuperate from the burden of overfishing we inflict on it.

I believe that the OmniSeafood line will give us fish eaters an easily accessible and tasty (yes, I tried it and it’s YUMMY) alternative that doesn’t harm our oceans.

So where exactly can you try this plant-based protein from non-GMO soy, pea and rice?

Starting from 23 June, Green Common will roll out new menus with an ocean theme, introducing a series of exclusive dishes made with the OmniSeafood range.

Starting in July you can also try it at:

David Yeung, Founder and CEO of Green Monday Group and OmniFoods said, “We cannot tackle climate change without taking care of the ocean. We can wow our taste buds. But also to awaken our consciousness towards the ocean and the planet.”

Well, we love David’s quote at 8Shades, because who says eating food that is sustainable and good for the earth can’t be accessible with five-star quality. So, what’s a better way to make the world a shade greener than by skipping meat for a meal and experiencing this culinary deliciousness. Maybe I will see you there!