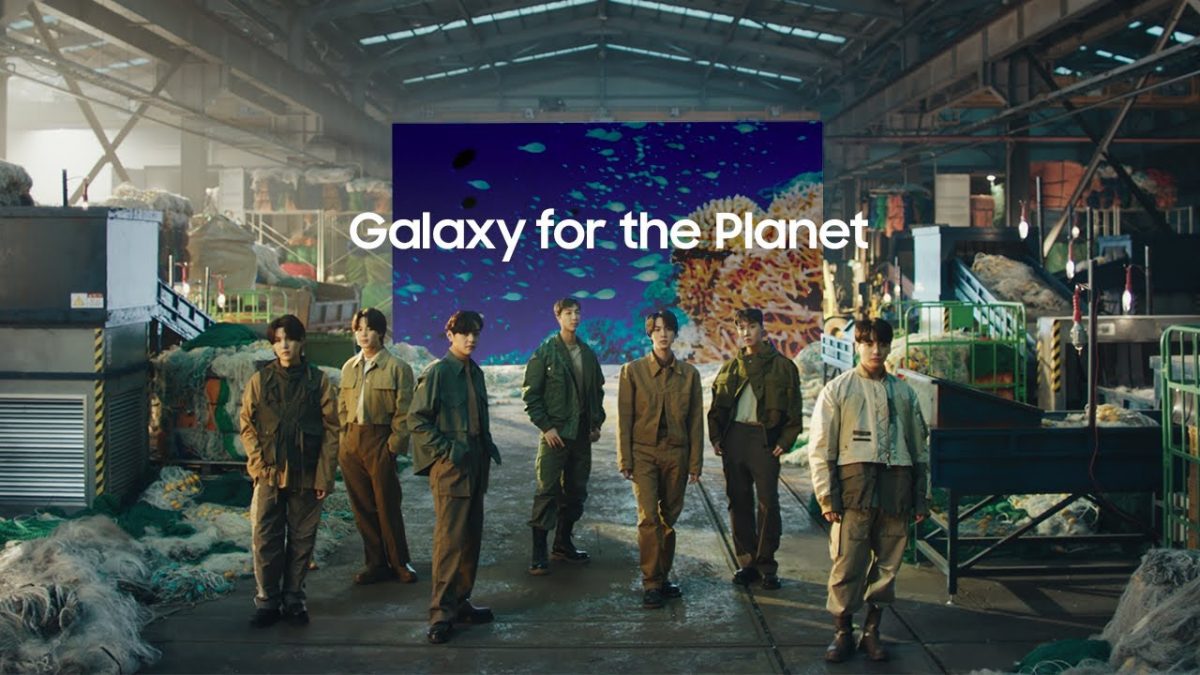 If there’s anyone who can call attention to climate change, it’s K-pop megastars, BTS. The seven-member South Korean boy band and global phenomenon has recently teamed up with Samsung for their latest campaign “Galaxy for the Planet”, which carries an important message about climate change protection.

In the video released on 9 February to coincide with Samsung’s Unpacked event (where the Korean tech giant unveiled their latest Galaxy devices), each member of BTS holds up placards against a backdrop of environmental video clips to form the following sentences:

The oceans are drowning in plastic.

Marine animals are suffering. It’s time for a change.

With the power of we, us, together

Our small actions can turn a ripple into a new wave.

Let’s rethink the life of a product.

All seven members then come together to reveal a final message:

Let’s work together for a better future.

Samsung’s Galaxy For The Planet campaign

On 7 February, Samsung announced their latest sustainable innovation – a new material made from repurposed ocean-bound discarded fishing nets that will be incorporated into their entire product line of Galaxy devices from February onwards.

Why fishing nets? A whopping 640,000 tons of fishing nets are abandoned and discarded every year, which end up trapping and entangling marine life, damaging coral reefs and ending up in human food and water sources.

Samsung adds that “repurposing ocean-bound plastics is just the first step in our collective mission to address the climate crisis.” By 2025, they plan to eliminate all plastics from its product packaging, and use only recycled materials for all products that fall under the “Galaxy for the Planet” campaign (mainly smartphones and chargers).

It’s amazing to see pop stars as huge as BTS using their power and influence for the greater good – in this case, the fight against climate change.

In fact, this is not the first time BTS has made a green statement – last year (September 2021) at the United Nations General Assembly in New York, BTS made a point of wearing upcycled suits by a Korean brand called RE;CODE.

From Kim Kardashian’s vegan diet and Coldplay’s net-zero world tour to Rihanna donating $15 million to climate justice, we hope to see even more star-studded climate advocates and news in 2022!

Spice up your wardrobe this Year of the Tiger with our pick of sustainable winter gloves that’ll keep your hands warm and toasty. 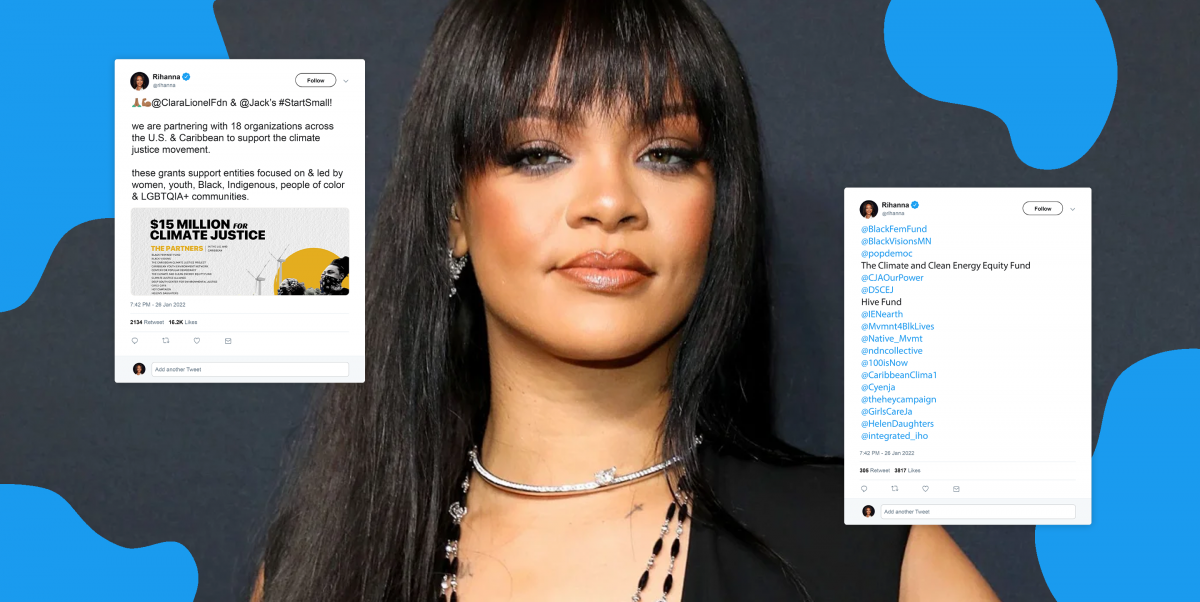 Singer, entrepreneur, and philanthropist Rihanna has recently made headlines with her baby bump, but she’s given us yet another reason to love her: a $15 million donation to NGOs fighting for climate justice through her charity, the Clara Lionel Foundation (CLF).

8 Valentine’s Day Recipes For A Romantic Night In

With Hong Kong under yet another lockdown, here are eight delicious recipes to make with your significant other on Valentine’s Day that’ll surely heat things up!