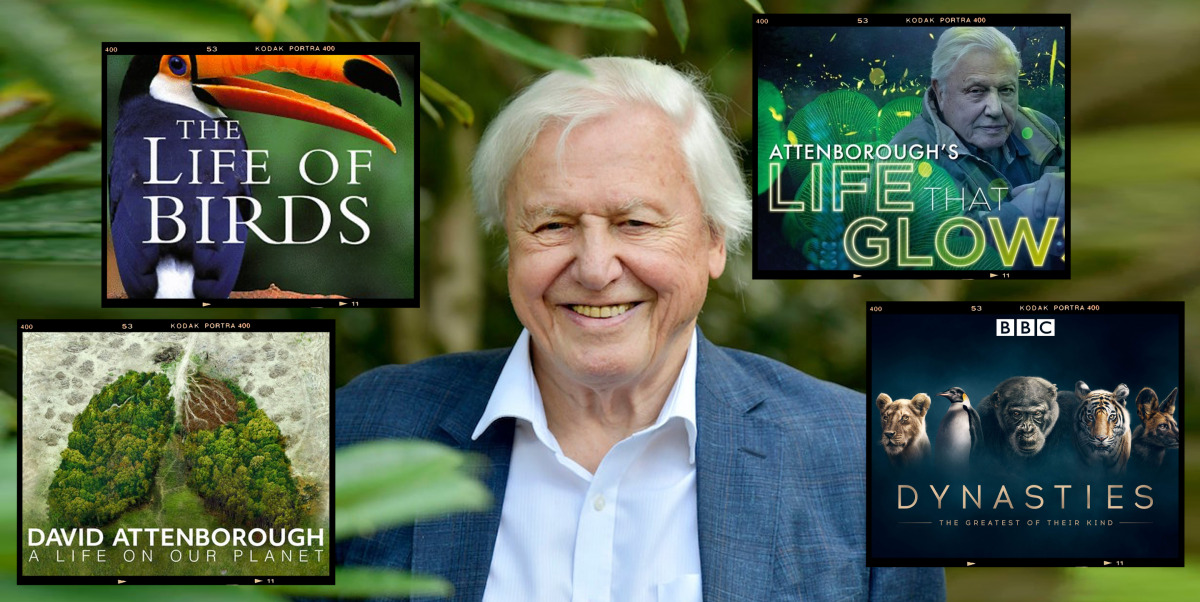 There’s no one who does nature documentaries better than David Attenborough. Famed for his soft-spoken narration that is both informative and engaging, the renowned British naturalist has the ability to keep viewers interested in any subject, whether it is demonstrating the most pressing environmental issues and the impacts humanity have had on it, or the rich and complex lives of wildlife. Look no further to discover more about David Attenborough and his best documentaries.

Arguably one of David Attenborough’s best documentaries of all time, The Blue Planet consists of eight 50-minute episodes examining the many wonderful and complex facets of the marine environment and life in it. Often described as the first ever comprehensive series on the natural history of the world’s oceans, this multiple award-winning series features jaw-droppingly beautiful underwater photography and dramatic footage, revealing the rich lives of marine animals and behaviour that had previously never been filmed before. It became so successful that a sequel series was launched in 2016 – it only took another 15 years.

David Attenborough: A Life on Our Planet (2020)

For those looking for a documentary that encapsulates Attenborough’s decades of work and an insightful examination of humanity’s impact on planet Earth, look no further than A Life on Our Planet. The renowned naturalist guides viewers through his incredible 60-year career while illustrating all the devastating changes our planet has suffered during the same period, from a sixth mass extinction to global warming. Attenborough is considerably critical of humanity’s actions and activities over the last century, but offers a message of hope, advocating that we still have time to solve climate change and create a more sustainable future for the world.

Most of us have probably seen amusing footage of male exotic birds performing quirky dances and mating rituals, but for many in the 90s, The Life of Birds introduced audiences for the first time to the different species of exotic birds and their ways of life. This Peabody award-winning documentary series took three years to make and visits to 42 countries, but what the filmmakers ended up with are rare but extensive footage showcasing the different aspects of the birds’ day-to-day existence, from ways of communications to family structures. Though Attenborough himself confesses that he is not an expert in ornithology, his pure joy and excitement, particularly with the birds of paradise, is so infectious that makes viewers want to learn more too.

Another mammoth of a documentary series, Planet Earth took five years to film across 64 countries, and was the most expensive nature documentary series to be commissioned by the BBC at the time. As evident from its many accolades, the epic series offers a beautifully shot yet detailed examination of the different biomes and habitats of the natural world, accompanied by spectacular music. Each of the 50-minute episodes takes audiences from the deepest oceans to the coldest winters in the Arctic, demonstrating its beauty while highlighting how these ever-changing ecosystems will likely collapse in the near future if we do nothing to protect them. The stunning panoramic footage alone makes it one of David Attenborough’s best documentaries.

Much like Attenborough’s other ‘Planet’ series, Frozen Planet focuses on life in the specific environment, namely in the Arctic and Antarctic. The show consists of seven episodes, chronicling the natural history of these regions and how threats including global warming and climate change are affecting the landforms and the survival of native animals. Witness breathtaking sweeping shots of glaciers and arctic volcanoes to rarely seen footage of polar animals including Adelie penguins, fur seals and of course, polar bears, as they struggle to hunt across seasons and adapt to a changing climate.

A frightening yet important documentary film, Extinction: The Fact depicts how the world is in the midst of a sixth mass extinction, where human activity such as poaching, illegal wildlife trade and overfishing are pushing one million out of eight million species on the planet to the brink of extinction. While the film illustrates just how global warming and a profit-driven economy are devastating the lives and survival of species, Attenborough does offer a variety of solutions to motivate viewers and consumers. Whether it is advocating for environmental labels in food products or banning wildlife trade, the documentary provides some great insights from a range of experts, as well as drawing a connection between biodiversity and the COVID-19 pandemic.

This Netflix epic is made by the same people behind Planet Earth, Frozen Planet and The Blue Planet, and in collaboration with the conservation NGO World Wildlife Fund (WWF). Our Planet details all the different impacts climate change has on living creatures, and is expertly narrated by Attenborough, who has moved beyond to just a passive commentator but an advocate of change. From the hottest deserts and the turbulent coastal waters to dense forest and jungles that continue to be degraded every day, the series effectively reminds audiences we are currently living an age of wildlife loss during human development and activity, and it’s time to do something about it.

The Earthshot Prize: Repairing Our Planet (2021)

In October 2021, five winners of Earthshot Prize, an award spearheaded by Prince William recognising and championing solution-based projects that are helping solve global environmental problems, were announced. Prior to the awards ceremony, a five-part documentary series was aired, narrated by Attenborough – a member of the prize council – educating the public on five of the biggest challenges our planet faces, which forms the five categories of the Earthshot Prize. Each episode not only offers an informative overview of the planet’s threats and human impacts, but introduces some of the innovations and the changemakers who are offering simple yet ambitious solutions in solving the climate crisis.

Experience nature in a whole new light – quite literally, in this case – in this visually stunning documentary film that explores the life of bioluminescent organisms. Viewers will discover all types of animals, fungi and bacteria that are able to create light and glow in the dark including the luminous plankton that light up coastal waters, as well as rarely seen deep sea fish. Join Attenborough as he and a team of deep-sea explorers showcase the mysterious and luminescent creatures of the world.

One of the lesser known David Attenborough documentaries but equally worthy of a watch, Dynasties offers a comprehensive study into the behaviours and lifestyle of five vulnerable or endangered species: chimpanzee, emperor penguin, lion, tiger and African wild dog. Each of the five episodes follows different generations of a family and demonstrate their unique lives and personalities of these majestic animals. You might think you know everything about lions and tigers, but you will find yourself incredibly invested in the lives of each of these species – celebrating the birth of a new member and mourn for the deaths of individual “characters”.

If you love the rainforest, here are eight brands to support that have a direct impact on the local ecosystems. 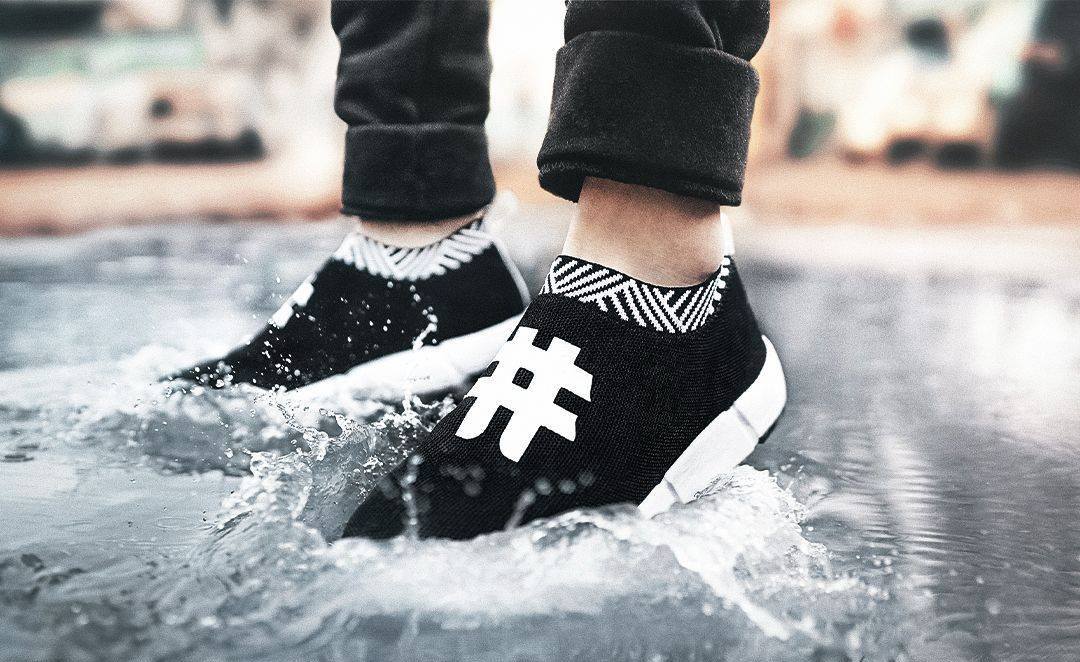 These Sustainable Sneakers Are Made of Coffee

Calling all coffee addicts – bring the java jolt to your feet with Rens’ sustainable sneakers made from upcycled coffee grounds and recycled plastic! 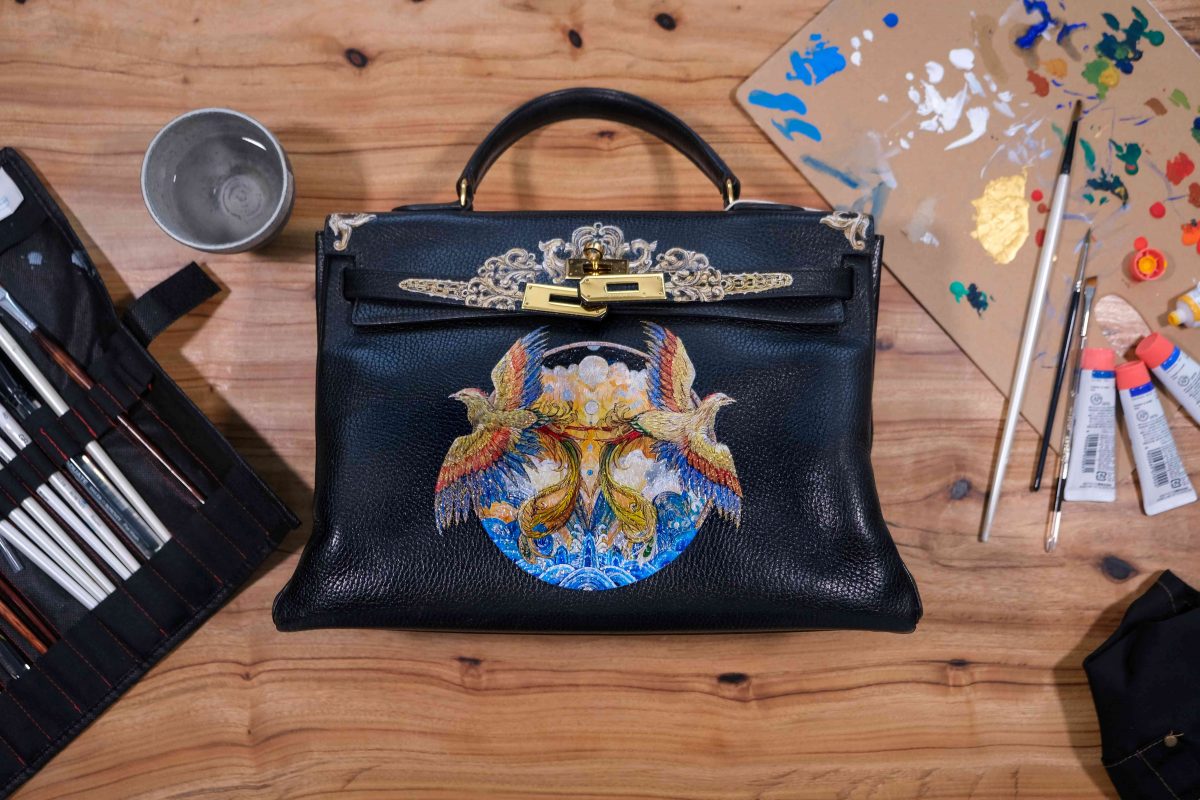 If you love art, fashion and sustainability, be sure to swing by the exhibition by Wear Earthero on Hollywood Road in Central.